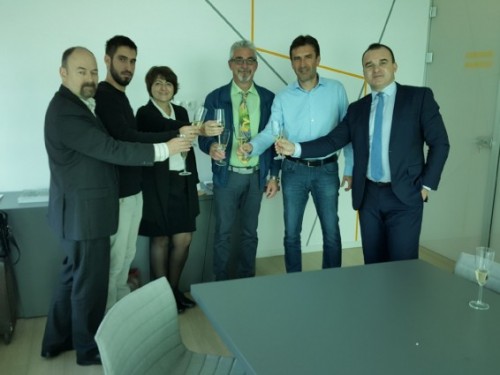 2 weeks ago, during the tradeshow in Barcelona, Sylvia Monfort, SCP Europe’s General Manager announced the acquisition in Croatia of E Grupa.

“It is a great pleasure to announce that we finalised the purchase of E Grupa in Croatia and officially started with our new SCP ADRIATICA entity in Porec (Istrie/ CROATIA). On the one hand, E Grupa is a local distributor and on the other hand, a pool manufacturer in the north west of Croatia, near Slovenia. E Grupa has been one of our customers for more than 10 years and we agreed on a partnership with them many years ago. E Grupa was, in a way, our official representative. The objective of this new acquisition is to develop and support them on the Croatian and adjacent markets. We negotiated an agreement acceptable to both sides and signed it on 12 October. We managed to maintain the team, installations and their overall business.” shares Sylvia Monfort.